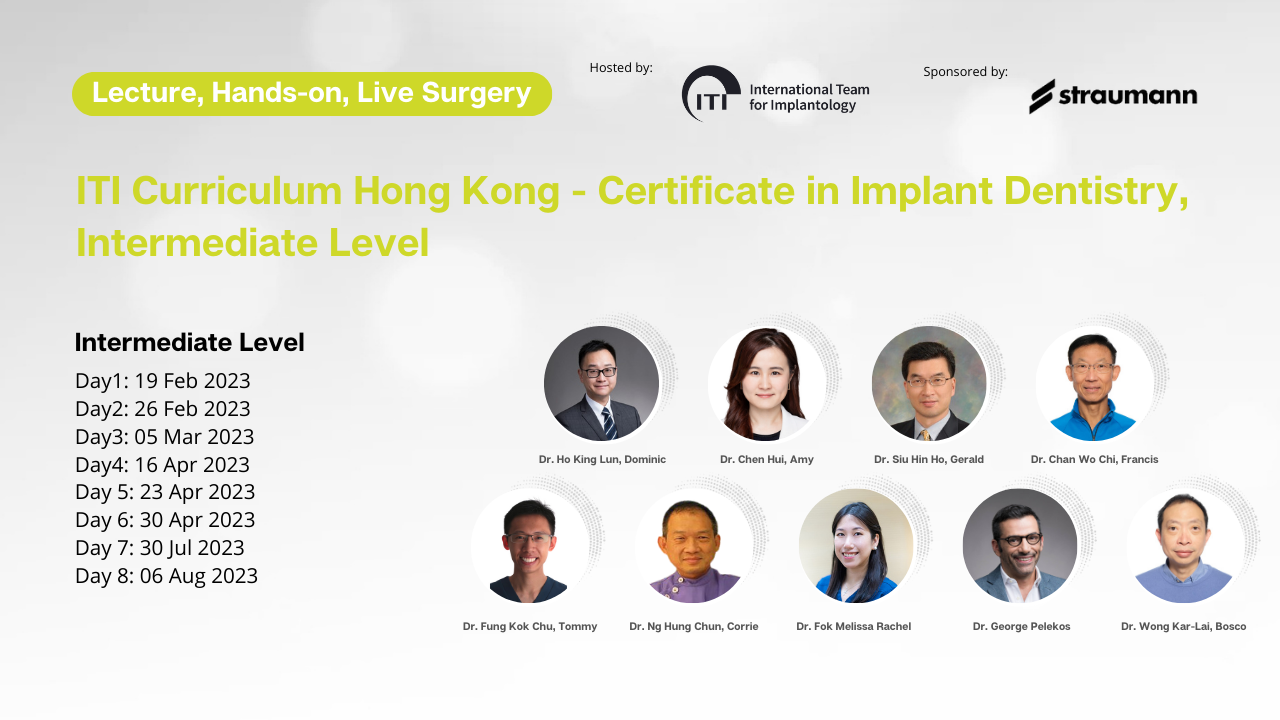 What is the ITI Curriculum?

The ITI Curriculum is a universally standardized education curriculum aimed at dentists who are relatively new to implant dentistry and are interested in incorporating implant dentistry into their practices. Dentists who enroll in the ITI curriculum can be assured of receiving a comprehensive and high standard of dental implant education based on the ITI philosophy and principles for the provision of implant therapy.
The ITI Curriculum is designed to be delivered in a blended learning educational format with e-learning, onsite courses, hands-on training, case-based collaborative learning and direct patient treatment under supervision. The ITI Curriculum addresses two levels: Foundation and Intermediate. Structured progress of learning provides a broad theoretical basis in implant dentistry and then successfully builds on this knowledge to introduce clinical implementation and first-hand experience of treating patients. The course concludes with an assessment and certification process, where upon completion and successfully passing the final exam, the participant will be awarded an ITI Certificate in Foundational and/or Intermediate Level Implant Dentistry.